Liver failure, which can start suddenly or develop slowly, has a high mortality risk because of the swift onset of hepatocellular dysfunction. At least 30,000 patients in the USA and in Europe are diagnosed annually with liver failure. It affects more than half a million people in China annually, while another 30 million with chronic hepatitis are at risk.

•  Liver transplantation, the most effective treatment, is constrained by high costs and limited donors.

Acute-on-chronic liver failure (ACLF) defines chronic liver disease patients who experience rapid deterioration of liver function and high short-term mortality following an acute attack. Data from the Asian Pacific Association for the Study of the Liver (APASL) showed 28-day mortality rates of 41.9% and 90-day mortality rates of 56.1%. Mortality rates from the European Association for the Study of the Liver (EASL) were 37.6% and 50.4% respectively1. The high incidence, high mortality and huge disease burden of liver failure point to significant market potential.

The bioartificial liver (BAL) support system is a promising alternative for partial liver functions such as metabolic detoxification and protein synthesis. It may be used as a bridge before liver transplantation and promote liver regeneration, prevent severe complications and improve survival.

Primary human hepatocytes (PHH), immortalised human hepatoma cells lines and porcine hepatocytes have been investigated as working cell resources for BAL systems. However, many challenges weren’t overcome and no BAL system with these cells worked very successfully in the clinic. The most common issues include safety, functionality and capacity for expansion. Ideal cell sources for BAL would be human-derived cells that possess mature hepatic functions and which can readily expand in vitro.

Hexaell HepaCure-BAL with hiHeps as working cells is a liver support system which could partially replace liver functions (Fig. 1). Its main mechanisms include removal of toxic substances in patient plasma; secretion of liver-specific proteins such as ALB, AAT and TRF; reduction of inflammatory responses and promotion of liver regeneration. 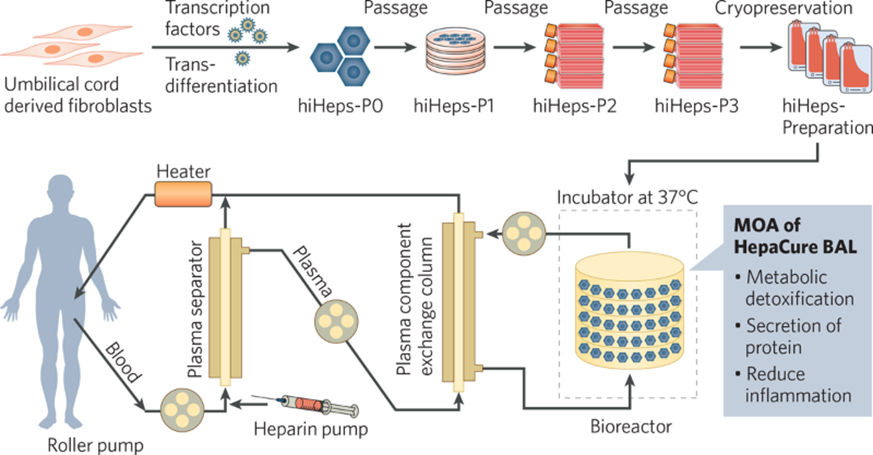 Fig. 1 | The mechanism of action of HepaCure-BAL. HiHeps, functional hepatocytes.

During treatment, the patient’s plasma progresses through the surface of implanted hiHeps in the bioreactor. The material exchange between plasma and hiHeps may eliminate toxic substances generated after liver failure and return liver-specific proteins to the body.

HepaCure-BAL significantly improved survival rates and liver functions in pigs with acute liver failure (ALF). Seven out of eight pigs survived in the hiHep-BAL group, one pig in the No-BAL group survived the D-gal induced ALF, and all pigs died in the empty-BAL group.

The first clinical study of HepaCure-BAL was conducted in 2016. A single patient was successfully treated, before undergoing liver transplantation three weeks later.

Ten patients with acute-on-chronic liver failure were then enrolled for an Investigator Initiated Trial (IIT). Treatment was given once or twice, with an interval of 7 to 10 days. The primary outcome was safety, and a change of IgA, IgG and IgM. The secondary outcome was a survival rate of 28/90 days.

The primary safety endpoint was achieved, with 90 per cent of patients surviving 28 days, and 80 per cent surviving 90 days. Two years later, seven patients are still alive without liver transplantation.

Based on the results of the IIT study, Hexaell submitted its Investigational New Drug (IND) application to the Chinese drug regulator (NMPA) in Q1 2021. It will also submit its application to the US Food and Drug Administration, where Hexaell hopes to out-license its technology to other companies.